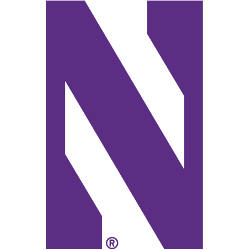 History of the Wildcats

The Northwestern Wildcats are the athletic teams that represent Northwestern University, located in Evanston, Illinois. Northwestern is a founding member of the Big Ten Conference and the only private university in the conference. Northwestern has eight men's and eleven women's NCAA Division I sports teams and is marketed as “Chicago’s Big Ten Team”. The mascot is Willie the Wildcat.

During football games, students jingle their car keys before every kickoff and punt. When Northwestern is on defense, students extend their arms, make a claw with their hands, and growl. The "official" cheer at Northwestern sporting events is the chant "Go U! NU!"

For many years, students would throw marshmallows at the kick-off of football games. Northwestern archivist Patrick Quinn says that students were likely "trying to get them into the tubas and then started throwing them at each other", leading to the tradition of throwing marshmallows at the field. While Gary Barnett was football coach, he banned marshmallows because they supposedly detracted from the serious level of football that he wanted for the school.

Nickname
Wildcats - Northwestern's athletic teams are nicknamed the Wildcats. Before 1924, they were known as "The Purple" and unofficially as "The Fighting Methodists." The name Wildcats was bestowed upon the university in 1924 by Wallace Abbey, a writer for the Chicago Daily Tribune who wrote that even in a loss to the University of Chicago, "Football players had not come down from Evanston; wildcats would be a name better suited to Coach Glenn Thistletwaite's boys." The team was also referred to in the article as "a Purple wall of wildcats." The name was so popular that university board members made "Wildcats" the official nickname just months later. In 1972, the student body voted to change the official nickname from "Wildcats" to "Purple Haze" but the new name never stuck.

Who is the greatest Northwestern Wildcats?