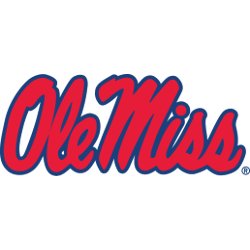 While there are many theories as to where the Hotty Toddy cheer started, the exact origins remain a mystery. Perhaps the leading theory suggests that the cheer was created by the school`s cheerleaders or band. The cheer was printed several days before Ole Miss was set to face off against instate rival Mississippi State, who were said to refer to Ole Miss fans as "Hoity-Toitys." Ole Miss had lost thirteen straight games going into the 1926 matchup in Starkville. Prior to the game, Ole Miss held pep rallies on campus and even organized a train to take the students and the newly formed Band to the game. After Ole Miss won the game, the Rebel fans stormed the field and attempted to tear down their goalposts. A brawl ensued between the two schools, and the following season, the Egg Bowl Trophy was introduced to maintain the peace. The iconic game that led to the creation of the Egg Bowl could also have solidified the Hotty Toddy cheer at Ole Miss.

The cheer also appeared in the school`s original fight song. According to The Ole Miss Experience, music professor Arleen Tye wrote a fight song for the school in 1931 entitled “Ole Miss.” The song`s chorus included “Hi-ty, Ti-ty, Gosh a’mighty, Who the heck are we?”. While the original fight song was discontinued, the school`s current fight song, Forward Rebels, includes the Hotty Toddy cheer as well. Some historians believe the Ole Miss Band may have borrowed the cheer from the Virginia Tech Regimental Band, which was nicknamed the, “Highty-Tighties” in 1919

Some other theories suggest that the cheer was fashioned by Ole Miss legendary cheerleader and sports fan, Blind Jim Ivy. Also, it is believed that the alcoholic beverage, Hot Toddy, could be the basis for the cheer.

Nickname
Rebels - The name REBELS as Ole Miss' official athletics nickname emerged in 1936. Suggested by Judge Ben Guider of Vicksburg, it was one of five entries submitted to Southern sports writers for final selection from a list totaling more than 200 proposed nicknames. The promotion was a contest sponsored by The Mississippian, student newspaper. Of the 42 newsmen contacted, 21 responded. "Rebels" was the choice of 18. The University Athletic Committee made the name official with the Committee chairman, the late Judge William Hemingway, stating: "If 18 sports writers wish to use 'Rebels', I shall not rebel, so let it go 'Ole Miss Rebels.'"

Who is the greatest Ole Miss Rebels?