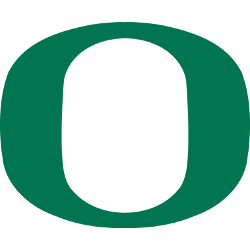 History of the Ducks

The Oregon Ducks are the intercollegiate athletic teams that represent the University of Oregon, located in Eugene. The Ducks compete at the National Collegiate Athletic Association (NCAA) Division I level as a member of the Pac-12 Conference. With eighteen varsity teams, Oregon is best known for its American football team and track and field program, which has helped Eugene gain a reputation as "Track Town, USA". Oregon's main rivalries are with the Oregon State Beavers (the Civil War) and the Washington Huskies, though they also have a major rivalry with the Washington State Cougars.

Nickname
Ducks - Oregon teams were originally known as Webfoots, possibly as early as the 1890s. The Webfoots name originally applied to a group of fishermen from the coast of Massachusetts who had been heroes during the American Revolutionary War; their descendants had settled in Oregon's Willamette Valley in the 19th century and the name stayed with them. A naming contest in 1926 won by Oregonian sports editor L. H. Gregory made the Webfoots name official, and a subsequent student vote in 1932 affirmed the nickname, chosen over other suggested nicknames such as Pioneers, Trappers, Lumberjacks, Wolves, and Yellow Jackets.

Ducks, with their webbed feet, began to be associated with the team in the 1920s, and live duck mascots were adopted to represent the team. Journalists, especially headline writers, also adopted the shorter Duck nickname, but it wasn't until the 1940s that the image of Donald Duck, permitted via a handshake deal between Walt Disney and Oregon athletic director Leo Harris, cemented the image of the Duck as the school's mascot. Both nicknames were still in use well into the 1970s.

Who is the greatest Oregon Ducks?