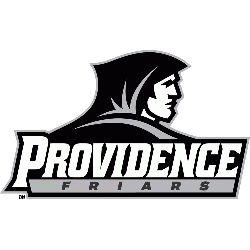 Following Mullaney's departure, Dave Gavitt, an assistant under Mullaney who then became head coach at Dartmouth, took over as the Friars' head coach in 1969. In his second year, Gavitt began a string of eight consecutive 20-win seasons. For the 1972–73 season, the team began playing in downtown Providence at the brand-new 12,000-seat arena, the Providence Civic Center (renamed the Dunkin' Donuts Center in 2001). That season was the Friars' best to date; led by Ernie DiGregorio and the troubled center Marvin Barnes, the team went on a 17-team game winning streak that ended in a Final Four loss to Memphis State. The next year, the Friars posted a 28–4 record and made their second straight Sweet Sixteen appearance. The team continued its top-flight status with back-to-back 20-win seasons in 1976–77 and 1977–78, earning NCAA Tournament bids each year, one coming after defeating top-ranked Michigan in 1976. After a 10–16 season in 1978–79, Gavitt left Providence to become the first commissioner of the Providence-based Big East Conference. He finished his 10-year career at Providence with a 209–84 (.713) record.

Nickname
Friars - The nickname "Friars" dates back to 1929 when a Providence Journal article used the nickname in reference to the baseball team. Previously, the teams were variously known as "The Black and White" or "Dominicans." The Friars' nickname comes from the short-form nickname of the Dominican Order, the "Blackfriars."

Who is the greatest Providence Friars?