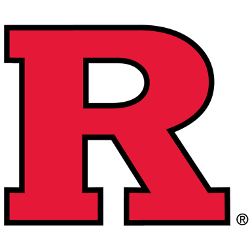 Rutgers was among the first American institutions to engage in intercollegiate athletics, and participated in a small circle of schools that included Yale University, Columbia University and long-time rival, Princeton University (then called The College of New Jersey). The four schools met at the Fifth Avenue Hotel in Manhattan on October 19, 1873 to establish a set of rules governing their intercollegiate competition, and particularly to codify the new game of football. Though invited, Harvard chose not to attend. In the early years of intercollegiate athletics, the circle of schools that participated in these athletic events were located solely in the American Northeast. However, by the turn of the century, colleges and universities across the United States began to participate.

The first intercollegiate athletic event at Rutgers was a baseball game on May 2, 1866 against Princeton in which they suffered a 40–2 loss. Rutgers University is often referred to as The Birthplace of College Football as the first intercollegiate football game was held on College Field between Rutgers and Princeton on November 6, 1869 in New Brunswick, New Jersey on a plot of ground where the present-day College Avenue Gymnasium now stands (although the game was based more on soccer than on rugby, unlike the current version of American football, which takes its rules from a rugby-based framework). Rutgers won the game, with a score of 6 goals to Princeton's 4. (roughly 36-24 currently) According to Parke H. Davis, the 1869 Rutgers football team shared the national title with Princeton.

Nickname
Scarlet Knights - In its early days, Rutgers athletes were known informally as "The Scarlet" in reference to the school color, or as "Queensmen" in reference to the institution's first name, Queen's College. In 1925, the mascot was changed to Chanticleer, a fighting rooster from the medieval fable Reynard the Fox (Le Roman de Renart) which was used by Geoffrey Chaucer's in the Canterbury Tales. At the time, the student humour magazine at Rutgers was called Chanticleer, and one of its early arts editors, Ozzie Nelson (later of The Adventures of Ozzie and Harriet fame) was quarterback of the Rutgers team from 1924 to 1926. The Chanticleer mascot was unveiled at a football game against Lafayette College, in which Lafayette was also introducing a new mascot, a leopard. However, the choice of Chanticleer as a mascot was often the subject of ridicule because of its association with "being chicken." In 1955, the mascot was changed to the Scarlet Knight after a campus-wide election, beating out other contenders such as "Queensmen", the "Scarlet", the "Red Lions", the "Redmen" and the "Flying Dutchmen." Earlier proposed nicknames included "Pioneers" and "Cannoneers". When Harvey Harman, then coach of the football team, was asked why he supported changing the Rutgers mascot, he was quoted as saying, "You can call it the Chanticleer, you can call it a fighting cock, you can call it any damn thing you want, but everybody knows it's a chicken." Harman later is said to have bought the first "Scarlet Knight" mascot costume for the 1955 season, which was to be his final season as football coach at Rutgers.

Who is the greatest Rutgers Scarlet Knights?