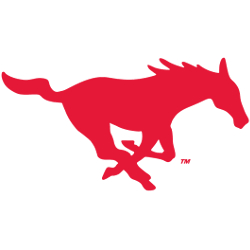 Coach Ron Meyer came to SMU in 1976 after his success as an assistant with the Dallas Cowboys in the 1970s (including a Super Bowl win) and a stint with UNLV. Coach Meyer was infamous for his recruiting tactics, including visits each year to the homes of 70 or more of the top recruits per year. His most notable recruits were future NFL running backs Eric Dickerson and Craig James before the 1979 season, as both their high school teams went 15–0 and won state championships. Combined with blue-chip running back Charles Waggoner, the three backs were nicknamed the "Pony Express" running attack and shredded opposing defenses in the option offense led by quarterback Lance McIlhenny. In 1981, the Mustangs' performance earned them recognition by the National Championship Foundation as national champions. The final Associated Press poll ranked SMU #5, four spots behind AP national champion Clemson. The team was not ranked in the coaches' poll at all due to a rule forbidding teams on probation from consideration.

Nickname
Mustangs - During this time, the football team was known as "the Parsons", due to a large number of theology students on the team. On October 17, 1917, the name "Mustangs" was selected as the school's mascot.

Who is the greatest SMU Mustangs?