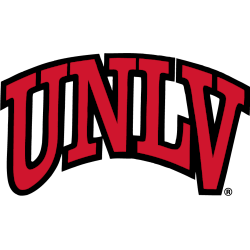 History of the Rebels

The UNLV Rebels are the intercollegiate athletics teams that represent the University of Nevada, Las Vegas (UNLV). The Rebels compete in the NCAA Division I (Football Bowl Subdivision for college football) as a member of the Mountain West Conference. The school's colors are scarlet and gray. It was founded in 1958 for basketball in Paradise, Nevada. It did not have a nickname for Nevada Southern at the time from 1958 to 1968.

Some of the Rebels teams use variations of the team name for their individual sport, such as the Runnin' Rebels for men's basketball and the Hustlin' Rebels for the baseball team.

In 1977, just seven years after joining Division I, The Rebels made the Final Four in a squad today known as the "Hardway Eight". Ten years later, the team made the Final Four with one loss. In 1990, UNLV won the NCAA Championship by beating Duke by a record-setting margin of 103–73, becoming the first team and only team to score over 100 points in the championship game. Before becoming a basketball powerhouse in the late 1970s, UNLV was often referred to as "Tumbleweed Tech" due to its relative obscurity. Led by famed coach Jerry Tarkanian, the Runnin' Rebels were among the most exciting teams in the nation. They consistently led the nation in points scored, turnovers forced, and most importantly – wins. The Runnin' Rebels were well known for going on long runs that turned close games into blowouts. They were also known for up-tempo offense and stifling defense.

Nickname
Rebels - The first major dissenting opinion was published in a November 1970 edition of “The Rebel Yell,” the school’s newspaper, by an African American student activist named Bert Babero, Jr. His father worked as the emeritus professor of zoology at UNLV for 23 years and passed away in 2012.

As described in “University of Nevada, Las Vegas: a History” by UNLV history professor Eugene Moehring, “… as Babero noted, times had changed. Explaining that for African Americans the term Rebel bore racist connotations, he insisted that ‘to expect black people to love and glorify the Confederacy, to wear a Confederate flag or applaud a Confederate wolf defies all logic. It’s like asking a Jew to wear a Swastika.’”

In the early 1970s, a group of African-American student-athletes voiced objection to the Confederate imagery surrounding the mascot and in 1976, students voted to officially banish Beauregard but retained the Rebels name.

Beauregard was replaced briefly by a Revolutionary War soldier, but UNLV went largely without a mascot until 1982, when Hey Reb! was created by former Review-Journal artist Mike Miller, who said his inspiration came from the western mountain men of the 1800s who ventured into uncharted Nevada.

Who is the greatest UNLV Rebels?