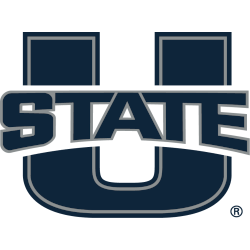 History of the Aggies

The Utah State Aggies are the athletic teams that represent Utah State University. The school fields 16 sports teams – seven men and nine women – and competes in the Mountain West Conference.

The HURD is the student section at Utah State University. The HURD started in 2006 and has grown every year since. Beginning as a club in the USU Student Association, the HURD moved to total inclusion of the entire USU student body in the summer of 2012. At capacity, the HURD fills 6,500 seats at Romney Stadium for USU Football and 4,000 seats in the Dee Glen Smith Spectrum for USU Basketball. The HURD helps organize major activities, with leadership and help from the HURD Committee, such as tailgates, campouts, away game watch parties, and more for the student body and community. Drawing from its motto "Be Seen. Be Loud. Be HURD!", the HURD ensures that the teams who visit Utah State University will experience the best atmosphere in the country for collegiate athletics by being known as one of the craziest student sections in the country.

Nickname
Aggies - The name Aggies, short for Agriculturalists, is a fixture of many universities that began as land-grant and agricultural colleges. Early USU sports teams were sometimes simply referred to as the "Farmers" as well as the Aggies, though the former name was never official. Beginning in the 1930s, an image of a "bean-pole farmer" with a pitchfork in hand and hay stalk in mouth began to be used to represent the college, though this too was never made official, and disappeared following the transformation into a full-fledged university in 1957.

During the late 1960s and early '70s, a movement began on campus to shed the Aggie name in favor of the Utah State Highlanders, but the movement met with widespread opposition and was abandoned. The name "Highlanders" was a nod to the university's historic ideological tie to Scotland, which came about very early on in the college's history, mostly due to the university's setting on a hill in a high mountain valley. In fact, for a brief period, USU's teams were indeed nicknamed the "Scotsmen" as well, and a remnant of this era lives on in the current and popular fight song "The Scotsman."

Who is the greatest Utah State Aggies?