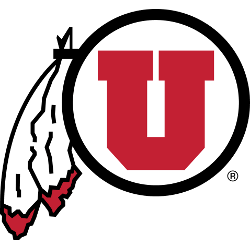 Currently Utah competes in the Pac-12 Conference, after it was announced on June 17, 2010, that the Utes would join the conference in all sports, beginning in the 2011 - 2012 academic year. They are the third Pac-12 member to have previously spent time in the Western Athletic Conference (WAC), joining old conference rivals Arizona and Arizona State. They are also the first school to leave the Mountain West Conference (MW) since it was formed in 1999.

Utah offers a total of 19 varsity sports—seven for men, 11 for women, and one coeducational. Baseball, football, golf, and lacrosse are sponsored for men only. Beach volleyball, cross country, gymnastics, indoor track & field, indoor volleyball, outdoor track & field, soccer, and softball are sponsored for women only. Basketball, swimming & diving, and tennis are sponsored for both sexes. The coeducational sport is skiing; while schools have separate men's and women's squads, the NCAA awards a single national team championship. Utah's newest varsity sport is men's lacrosse, which will play its first season in 2019 (2018 - 2019 school year).

Nickname
Utes - In the mid- to late-1920s, as seen in the archives of the Daily Utah Chronicle (student-run newspaper) and the Utonian (student-run yearbook), the terms “Indians,” “Utes,” “Redskins,” and “Redskin Braves” began appearing and were used interchangeably to refer to athletic teams and students at the University of Utah. By the 1930s the use of the nicknames was quite common among students, reporters, and alumni. The use of the “Utes” and “Redskins” nicknames persisted through the 1940s, 1950s, and 1960s.

Before 1972, Utah athletic programs used the name "Redskins" interchangeably with "Utes." That year, the university decided to stick solely with "Utes," as the "Redskins" was considered an ethnic slur.

This is the name of the tribe of Native Americans for which the state of Utah is named, and the university has permission from the Ute tribe to use this nickname.

Who is the greatest Utah Utes?