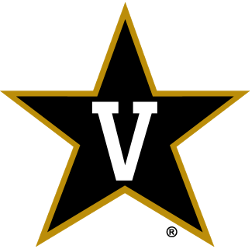 History of the Commodores

The Vanderbilt Commodores are the intercollegiate athletic teams that represent Vanderbilt University, located in Nashville, Tennessee. Vanderbilt fields 16 varsity teams (6 men's teams and 10 women's teams), 14 of which compete at the National Collegiate Athletic Association (NCAA) Division I level as a member of the Southeastern Conference (SEC). Vanderbilt's women's lacrosse team plays in the American Athletic Conference. The bowling team plays in the Southland Bowling League. The University of Tennessee Volunteers are Vanderbilt's primary athletic rival, and the only other SEC team in Tennessee.

Vanderbilt has a number of football traditions: the "Commodore Creed" in the football locker room; the "Corridor of Captains" that honors Vanderbilt's athletics history; the "Star Walk" with fans, cheerleaders, and the Spirit of Gold Marching Band; the "Star V," an on-field formation by the marching band; the "Admiral", a foghorn from a U.S. Navy battleship that blows after every Vanderbilt score; "Mr. C," the mascot; the "Anchor Dash" by first-year students rushing the football field before the kickoff of each season's home opener; the "Victory Flag" that is raised over Dudley Field after home wins; and the singing of the "Alma Mater" at the conclusion of a game (in most sports), win or lose.

Nickname
Commodores - Vanderbilt’s nickname is a tribute to university founder Cornelius Vanderbilt. Though the shipping and railroad mogul was not a member of the Navy, he did donate a steamship to Union troops during the Civil War.

Who is the greatest Vanderbilt Commodores?