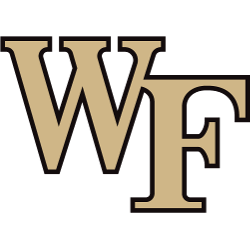 Wake Forest has won a total of nine national championships in five different sports; five of these championships have come since 2002. Wake Forest is sometimes referred to as being a part of "Tobacco Road" or "The Big Four", terms that refer to the four North Carolina schools that compete heatedly against each other within the ACC; these include Duke University, North Carolina, and North Carolina State, as well as Wake Forest.

Student attendance of Wake Forest football and basketball games was formerly high, in part due to the program known as "Screamin' Demons". At the beginning of each respective athletic season students on the Reynolda Campus can sign up for the program whereby they pay $15 for each season; in addition to the slightly better seats than the other students in football (not enforced) and seats behind the rim in basketball, this gets students a football shirt in the fall and a tie-dye T-shirt in the spring along with a card that serves as an automatic pass to the sporting events. They lose this privilege if they miss two of the games. Most students sign up because ticket distribution to non-Screamin' Demons is unreliable. Through the planning of Sports Marketing and the Screamin' Demons program, basketball game seats in the students section are difficult to attain without participating in the Screamin' Demons program. In 2011, sports marketing lowered the student allotment, and very few students currently attend.

Nickname
Demon Deacons - As a Baptist College in North Carolina, Wake Forest athletic teams were originally known as the “Baptists” or “The Old Gold and Black”, and they sported a tiger for a mascot. However, during the 1923 season, the editor of the school newspaper created the alliteration “Demon Deacons” to describe how the Baptists played in a major win over Duke, the impressive win against Trinity College (predecessor of Duke University) a newspaper reporter wrote that the Deacons "fought like Demons", giving rise to the current team name, the "Demon Deacons." Henry Belk, the school’s publicity director, liked the phrase and incorporated the nickname into his press releases. With the Baptists in the midst of their first winning season in 30 years, newspapers from around the country started to proclaim the success of the Demon Deacons, and the name stood.

Who is the greatest Wake Forest Demon Deacons?