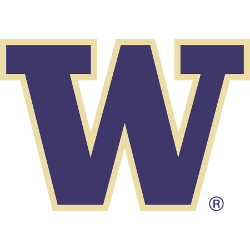 Washington students, sports teams, and alumni are called Huskies. The husky was selected as the school mascot by student committee in 1923. It replaced the “Sun Dodger,” an abstract reference to the local weather that was quickly dropped in favor of something more tangible. The costumed “Harry the Husky” performs at sporting and special events, and a live Alaskan Malamute, currently named Dubs II, has traditionally led the football team onto the field at the start of games. The school colors of purple and gold were adopted in 1892 by student vote. The choice was purportedly inspired by the first stanza of Lord Byron’s The Destruction of Sennacherib.

Nickname
Huskies – Prior to 1920, the University of Washington had two unofficial mascots-first the Indians, and later the Vikings. Neither name seemed appropriate, so most local publications referred to the university’s athletic teams as the “purple and gold.” Midway through the scholastic year of 1920, the Associated Students of the University of Washington (ASUW) held general elections and voted to adopt “Sundodger” as its official mascot. The name was quickly adopted by the alumni’s publication, “Washington Alumnus,” which sported a smiling figure named Sunny holding an umbrella. Many people took Sundodger to be a negative reference to the city’s rainy weather. In 1922, after mounting pressure from local newspapers and businesses, the university considered finding a more suitable representative for the school.

A committee was formed by the ASUW to take on the daunting task of naming a new mascot. Many argued that Sundodger had no particular meaning, could not be characterized and reflected an untrue climatic condition of the state. The committee considered several mascots and took another look at the previously considered Husky as a potential winner. At a basketball game in early February 1922, the Husky was officially introduced as the new mascot.

Who is the greatest Washington Huskies?