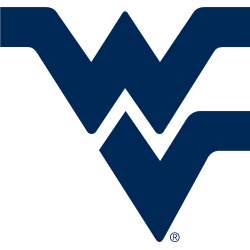 History of the Mountaineers

The West Virginia Mountaineers are the athletic teams that represent West Virginia University, an American university located in Morgantown, West Virginia. The school is a member of the National Collegiate Athletic Association Division I. The Mountaineers have been a member of the Big 12 Conference since 2012. At that time, the Mountaineers joined the Mid-American Conference as an affiliate member for men's soccer. The two major sports at the university are football (played at Milan Puskar Stadium) and basketball (played at the WVU Coliseum), although many of the other sports have large followings as well.

Instituted during the 2011 season by head coach Dana Holgorsen, the Mountaineer Mantrip are a part of West Virginia's gameday traditions and a recognition of the significance of West Virginia's coal industry. The event is named for the shuttle that transports coalminers into and out of an underground mine at the start and end of their shift and takes place at every home game.

The walk begins when the team is dropped off at the corner of the WVU Medical Center and Don Nehlen Drive prior to game time. They are accompanied by the Mountaineer mascot, the Pride of West Virginia Marching Band, and the Mountaineer cheerleaders. WVU students and fans line the path to create a tunnel-like effect for the passing team members. When the team reaches the east end of Mountaineer Field, they stop to rub a 350-pound mounted chunk of coal donated by Alpha Natural Resources from the Upper Big Branch coal mine.

A new feature at the completion of the Mantrip was introduced during the 2018 season. After players and coaches have reached Mountaineer Field and touched the mounted piece of coal, they turn and wave toward the parents and patients inside WVU Medicine Children's Hospital adjacent to Mountaineer Field. Dana Holgorsen added this portion of the festivity having drawn inspiration from the Kinnick Stadium "Wave".

Nickname
Mountaineers - WVU incorporated the Mountaineers nickname in 1905 after the coining of West Virginia's state motto, "Mountaineers are Always Free." Prior to 1905, the team was referred to as the "Snakes."

Who is the greatest West Virginia Mountaineers?