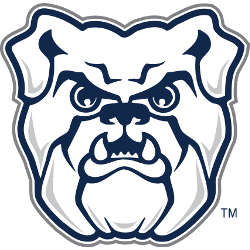 While the Fieldhouse provided a nationally acclaimed setting for Butler athletics, it was Paul D. “Tony” Hinkle, credited with inventing the orange basketball, who brought national recognition to the school as a coach and athletic administrator. He came to Butler in 1921 and remained with the University until his death in 1992. Hinkle served as a teacher, coach and athletic administrator for nearly half a century and compiled more than 1,000 victories with the school’s football, basketball and baseball teams. The Bulldogs have carried on the winning traditions set forth by Hinkle. In the past decade, Butler teams have captured 26 conference championships (in four different leagues). The Bulldogs have made appearances in NCAA National Championship Tournaments in men’s and women’s basketball, men’s soccer, volleyball, men’s cross country, lacrosse, and baseball. Butler won the James J. McCafferty trophy, awarded annually by the conference for all-sports excellence based on conference championship points, five times, including three-straight from 1996–97 to 1998–99 and back-to-back years in 2001–02 and 2002–03.

Nickname
Bulldogs – Prior to 1919, Butler’s athletic teams were known as the “Christians,” but numerous losses in the 1919 football season caused Butler’s followers to grow weary of the nickname. During the week leading up to Butler’s game with the heated rival Franklin “Baptists,” Butler Collegian editor Alex Cavins and his staff, which included cartoonist George Dickson, decided something “hot” must be conceived for the school’s weekly pep session.

About that time, the mascot of a Butler fraternity – a bulldog named Shimmy (you couldn’t shake him), wandered into the Collegian office. An idea was born. The next school paper came out with a big Page One cartoon showing Shimmy the bulldog, labeled “Butler,” taking a bite out of the pants seat of a figure labeled John the Baptist. The caption was: “Bring on That Platter, Salome!”

Who is the greatest Butler Bulldogs?