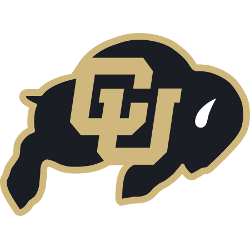 History of the Buffaloes

The Colorado Buffaloes are the athletic teams that represent the University of Colorado. The university sponsors 17 varsity sports teams. Both the men's and women's teams are called the Buffaloes (Buffs for short) or, rarely, the Golden Buffaloes. "Lady Buffs" referred to the women's teams beginning in the 1970s, but was officially dropped in 1993. The nickname was selected by the campus newspaper in a contest with a $5 prize in 1934 won by Andrew Dickson of Boulder. The university participates as a member of the Pac-12 Conference at the National Collegiate Athletic Association (NCAA) Division I Football Bowl Subdivision (FBS) level. Rick George was announced as the sixth athletic director in program history on July 17, 2013, following the resignation of Mike Bohn, and after an interim appointment by former Women's Basketball Head Coach and former deputy Athletic Director Ceal Barry. Colorado has won 29 national championships in its history, with 20 in skiing, the most recent coming in 2015. It was ranked #14 in "America's Best Sports College" in a 2002 analysis performed by Sports Illustrated. The University does not have men's baseball, tennis, soccer, lacrosse, or volleyball programs.

Competitive football began on the Boulder campus in 1890. Early games, which bore more resemblance to rugby than modern football, were played against the School of Mines and Utah. The football stadium, originally named "Colorado Stadium," was opened in 1924 and was officially named Folsom Field in November 1944 to honor Coach Fred Folsom, one of the most respected college football coaches of his day.

In 1934, the university's intercollegiate teams were officially nicknamed the "Buffaloes." Previous nicknames used by the press included the "Silver Helmets" and "Frontiersmen." The final game of 1934, against the University of Denver, saw also the inaugural running of a bison in a Colorado football game. A bison calf was rented from a local ranch and ran along the sidelines.

Nickname
Buffaloes - A team originally known as the ‘Silver and Gold’, in reference to the Colorado Miners until 1934, when a $5 national contest was held by CU’s newspaper to find a new name. Previous nicknames used by the press included the "Silver Helmets" and "Frontiersmen."

Both men's and women's team are called the Buffaloes (Buffs for short) or Golden Buffaloes (acceptable, but rare). "Lady Buffs" referred to the women's teams beginning in the 1970s, but was officially dropped in 1993.

The nickname was selected by the campus newspaper in a contest with a $5 prize in 1934 won by Andrew Dickson of Boulder. Athletic director Harry Carlson, graduate manager Walter Franklin and Kenneth Bundy declared ‘Buffaloes’ as the winner.

Who is the greatest Colorado Buffaloes?