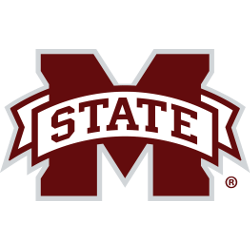 Cowbells are a significant part of any Mississippi State University experience. The tradition began after a jersey cow wandered onto the football field in the early 1900s, disrupting a game. Subsequently, State won the football game, and the cow became a symbol of good luck. Eventually, the cow was replaced with just the cowbell. Handles were welded onto the bells to ease ringing, and cowbells are now manufactured and sold specifically as athletic noisemakers. Clanging cowbells rung by many of the State fans is a part of the tradition of MSU football games, despite the SEC banning “artificial noise-makers” at conference games–a rule aimed at Mississippi State–from 1974 to 2010. That rule was finally lifted at the beginning of the 2010 season, initially on a trial basis, with cowbells only permitted to ring during halftime, timeouts, and after touchdowns. Bulldog fans complied with these rules, and cowbells have been allowed every season ever since.

Nickname
Bulldogs – As with most universities, State teams answered to different nicknames through the years. The first squads representing Mississippi A&M College were proud to be called Aggies, and when the school officially became Mississippi State College in 1932 the nickname Maroons, for State’s uniform color, gained prominence. Bulldogs became the official title for State teams in 1961, not long after State College was granted university status. Yet references to school teams and athletes as Bulldogs actually go back to early in the century, and this nickname was used almost interchangeably with both Aggies and Maroons, since at least 1905.

Who is the greatest Mississippi State Bulldogs?