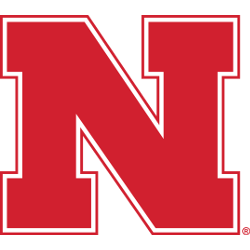 Nebraska has produced more total and football academic All-Americans than any other school . Through the 2016 – 2017 academic year, the school has had 330 academic All-Americans across all sports. Memorial Stadium is sometimes referred to as The Sea of Red due to the home crowd’s propensity to wear a certain color. Nebraska has sold out every home football game since November 3, 1962, 368 in a row, the longest sellout streak in college athletics.

Nickname
Cornhuskers – Before 1900, Nebraska football teams were known by such names as the Old Gold Knights, Antelopes, Rattlesnake Boys and the Bugeaters. In its first two seasons (1890-91), Nebraska competed as the Old Gold Knights, but beginning in 1892, Nebraska adopted Scarlet and Cream as its colors and accepted the Bugeaters as its most popular nickname until the turn of the century. Named after the insect-devouring bull bats that hovered over the plains, the Bugeaters also found their prey in the Midwest, enjoying winning campaigns in every year of the 1890s until a disappointing season in 1899.

After its first losing season in a decade, it must have seemed only fitting that Nebraska move in a new direction, and Lincoln sportswriter Charles S. (Cy) Sherman, who was to gain national renown as the sports editor of the Lincoln Star and help originate The Associated Press Poll, provided the nickname that has gained fame for a century. Sherman tired of referring to the Nebraska teams with such an unglamorous term as Bugeaters. Iowa had, from time to time, been called the Cornhuskers, and the name appealed to Sherman.

Iowa partisans seemed to prefer Hawkeyes, so Sherman started referring to the Nebraska team as Cornhuskers, and the 1900 team was first to bear that label.

Who is the greatest Nebraska Cornhuskers?