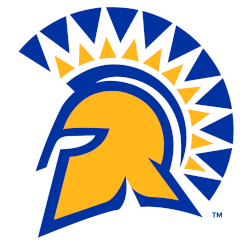 History of the Spartans

The San Jose State Spartans are the intercollegiate athletic teams that represent San José State University. SJSU sports teams compete in the Mountain West Conference at the NCAA Division I FBS level. San Jose State is one of seven universities in the state of California to participate in NCAA Division I FBS athletics, along with the University of California, Fresno State, San Diego State, Stanford, UCLA, and USC. SJSU has participated in athletics since it first fielded a baseball team in 1890.

Nickname
Spartans - Due to the school's original designation as a teachers' college, SJSU's mascot changed many times before the school finally adopted the Spartans as the official mascot and nickname in 1922. Mascots and nicknames prior to 1922 included the Daniels, the Teachers, the Pedagogues, the Normals, and the Normalites.

Who is the greatest San Jose State Spartans?