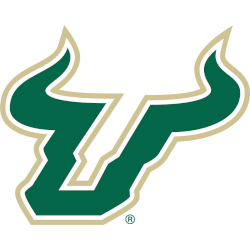 The night following a victory by any of the Bulls sports teams, the school shines green lights on its iconic water tower to let the campus know of the win. The school also lights up the water tower for events such as homecoming and commencement ceremonies.

USF's fight song is the Golden Brahman March, named after the original mascot.

Nickname
Bulls - With many different early name suggestions, the “Golden Brahman” was selected as the official mascot of USF in November 1962. Students reasoned that, since Florida was a cattle-raising state like Texas, USF needed a mascot comparable to the Texas Longhorns mascot. In the late 1980s, the mascot evolved into the “Bulls.”

Who is the greatest South Florida Bulls?