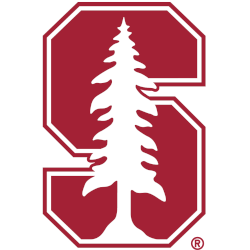 History of the Cardinal

The Stanford Cardinal are the athletic teams that represent Stanford University. As of May 9, 2022, Stanford's program has won 130 NCAA team championships. Stanford has won at least one NCAA team championship each academic year for 46 consecutive years, starting in 1976–77 and continuing through 2021–22. Stanford won 25 consecutive NACDA Directors' Cups, from 1994-95 through 2018–19, awarded annually to the most successful overall college sports program in the nation. 177 Stanford-affiliated athletes have won a total of 296 Summer Olympic medals (150 gold, 79 silver, 67 bronze), including 26 medals at the 2020 Tokyo games. Stanford's teams compete at the National Collegiate Athletic Association (NCAA) Division I (Football Bowl Subdivision (FBS) for college football) level as a member of the Pac-12 Conference, along with other schools from the western third of the United States.

Stanford has won at least one NCAA team championship each academic year for 44 consecutive years, starting in 1976-77 and continuing through 2019-20.

Nickname
Cardinal - Stanford did not have an "official" nickname until Indians was adopted in 1930. For years prior, the Indian had been part of the Stanford athletic tradition. Perhaps it grew out of the fact that Cal’s symbol was the Bear, or it may have come from the large Indian population of the area, or from Indian paraphernalia in abundance in the late 1800’s. Whatever the origin, it was accepted by sportswriters and gradually gained wide recognition.

Stanford officially adopted the Indian nickname on Nov. 25, 1930 after an unanimous vote by the Executive Committee for the Associated Students. The Indian had long been considered the symbol of Stanford before the official vote, although its origins are only speculation.

The nickname for Stanford is the Cardinal – in reference to one of the school colors (and is therefore in the singular). Stanford’s history with its nickname began on March 19, 1891 when Stanford beat Cal in the first Big Game. While Stanford did not have an official nickname, the day after the Big Game local newspapers picked up the "cardinal" theme and used it in the headlines.

Who is the greatest Stanford Cardinal?