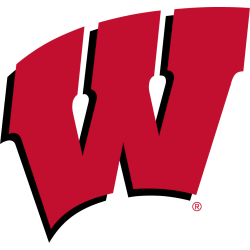 History of the Badgers

The Wisconsin Badgers are the athletic teams representing the University of Wisconsin–Madison (University of Wisconsin). They compete as a member of the National Collegiate Athletic Association (NCAA) Division I level (Football Bowl Subdivision (FBS) sub-level), primarily competing in the Big Ten Conference for all sports since the 1896–97 season. The women's ice hockey team competes in the Western Collegiate Hockey Association (WCHA), while the men's and lightweight women's crew team competes in the Eastern Association of Rowing Colleges (EARC).

Nickname
Badgers - In the late 1700's, miners began to work in the mineral-rich earth of the state like Wisconsin. Some of these miners used the mines they had dug as a sort of "den," so they were compared to the badger, and the nickname stuck around. The state of Wisconsin is known as "The Badger State."

Who is the greatest Wisconsin Badgers?