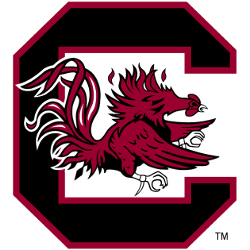 The athletic department is supported with private money from the Gamecock Club. It was originally formed as the B.A.M. ("Buck-A-Month") Club in 1939 and 1940 to benefit the athletic programs from privately raised funds.

The university's athletic programs have earned ten national team titles and produced many Olympians. Tim Brando (formerly of CBS Sports) was quoted as saying, "You won't find any more loyal fans in the country than those who follow the South Carolina Gamecocks."

Nickname
Gamecocks - South Carolina has competed on the football field for more than a century, but the original South Carolina Gamecock fought on the battlefield more that 200 years ago. General Thomas Sumter, the namesake of Sumter, S.C., was a fierce combatant in the American Revolution. The Virginia native fought in the militia during several campaigns against local American Indian tribes, then became a key officer in the struggle for American independence.

As battles against the British raged on, he became the de facto leader of South Carolina during the War and waged many battles before being wounded in 1780. He survived his wounds and was commissioned a general near the end of the war. Sumter was a constant thorn in the side of the British forces -- so much so that the British dubbed him “The Fighting Gamecock” for his never-say-die attitude. The name made sense, since Sumter was devoted to the sport of cockfighting as a young man and employed fierce, guerilla-style tactics against the more buttoned-up Redcoats.

Who is the greatest South Carolina Gamecocks?